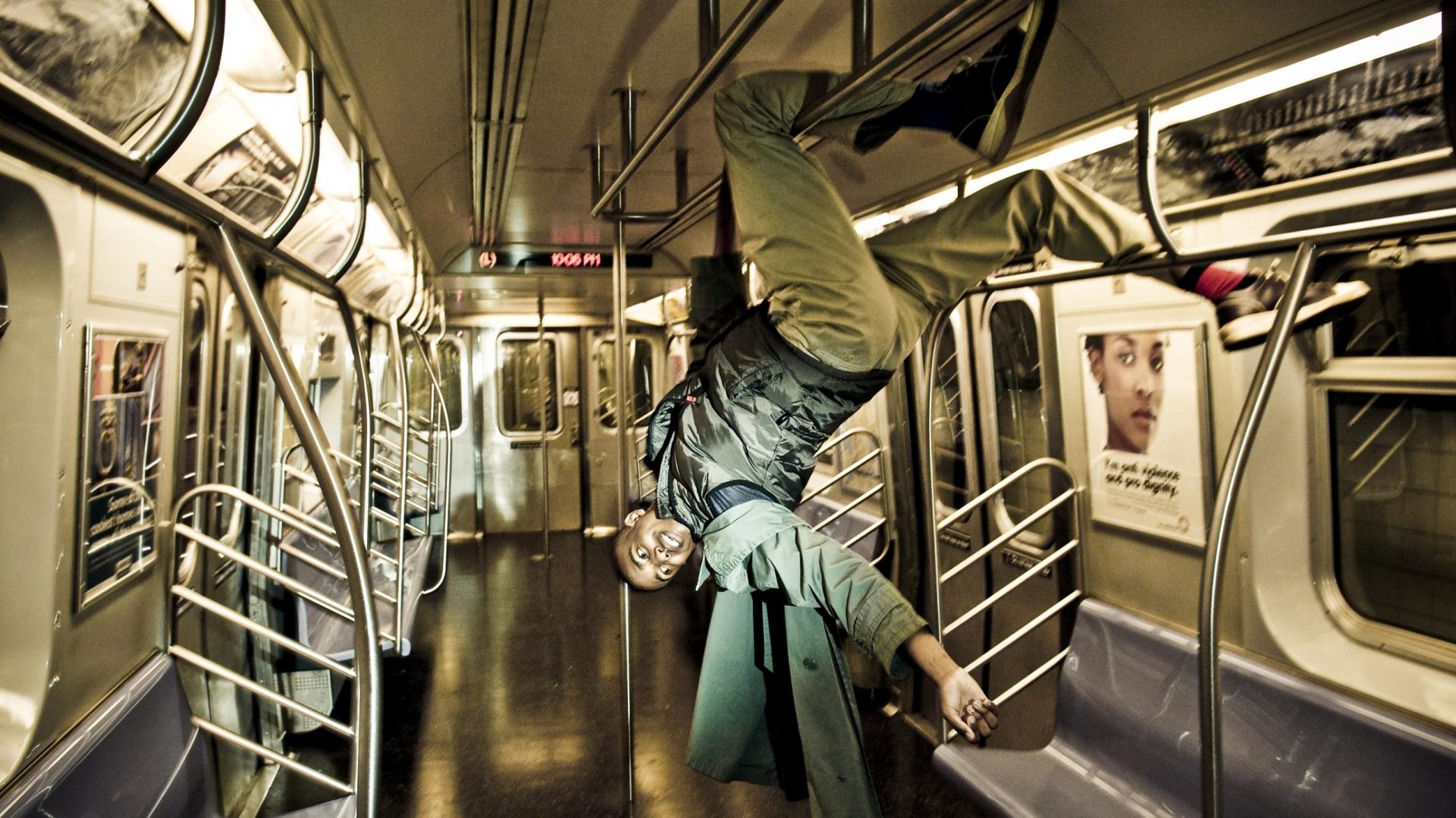 Ballet comes out of the closet with a kiss

It turns out that I’m not alone: Rudd’s creation is the first romantic same-sex pas de deux in ABT’s history, and one of the first—if not the first—to celebrate queer lust so explicitly in ballet. Such a feat, while to be applauded, is long overdue for a world in which more than half of the men who perform in and champion the artform are members of the LGBTQ2S+ community, according to Dance Magazine. Maybe times are finally changing.

While the onus is frequently put upon Black people to advocate for their own health, Leisha McKinley-Beach says, “You can’t ask for something that you don’t know you need.”

McKinley-Beach, an Atlanta-based activist who has been fighting HIV and AIDS for nearly 30 years, says that if “providers are committed to ending the epidemic in Black communities, they’ve got to find ways to ensure that Black women are informed and aware that PrEP is for us.”

Though HIV infection rates are decreasing across the U.S., Black women are still being pummeled by the virus. Yes, Black women saw a 21% decrease in seroconversions between 2010 and 2016, but they also accounted for 57% of new HIV infections among all women in 2018. Keep in mind that Black women make up less than 7% of the population in this country.

Slavery was effectively rebranded as “convict leasing” while continuing its most despicable aspects, including auctioning off Black citizens, delivering severe beatings, working people to death, and keeping them locked up for life.

Trump’s attacks on multiculturalism have included rolling back long-standing civil rights protections, instituting a travel ban on mostly Muslim, declaring the “Black Lives Matter” sign on Manhattan’s 5th Avenue “a symbol of hate,” expelling migrant children to Mexico regardless of their country of origin, and banning diversity and racial sensitivity training at the federal level.

Medical Racism, Casual or Overt, Has No Place in Patients’ Lives

In this make-believe world, where Omar’s white cisgender male doctor was a caring person, she would have left the clinic feeling cared for and relieved that the person she’d entrusted with her vision had considered every aspect of her health before determining which treatment plan to undertake.

According to Ngozi Ndulue, the Senior Director of Research and Special Projects for Death Penalty Information Center, “The death penalty has been used to enforce racial hierarchies throughout United States history, beginning with the colonial period and continuing to this day.”

“Black women saved us.” That’s a slogan of ill-advised praise that white people deliver for Black women whenever a horrorshow candidate loses an election. We heard it in 2017 when 98% of Black women helped to defeat Roy Moore’s Alabama senatorial ambitions, and it’s happening again with the most recent presidential election, during which 91% of Black women cast their votes for Joe Biden.

I was diagnosed with HIV in 2015 on the day before my birthday. After discovering that I’d seroconverted, I adopted a new mantra: “Don’t feel sorry for yourself, bitch.” I rejected my doctor’s offer to commiserate by rationalizing that I wasn’t living in the ’80s and therefore could stiff-upper-lip it and carry on.

Black Gay And Queer Men Who Made Impact In 2020

Read the profiles that I constructed of 101 different Black, Gay, and Queer men who created culture-shifting change throughout 2020, despite the pandemic.

Revolutionizing ballet in England was not part of the original plan for Cassa Pancho. That all changed in 2001 after she decided to write her dissertation on Black ballerinas and discovered that there were none employed by any of the country’s ballet companies at that time.

I Am Jealous of COVID-19

A competitive COVID vaccine costs $4 billion dollars more than the current budget to end HIV by 2030. And that has everything to do with which communities are most disproportionately affected by the bloodborne disease: Black, Latinx, and LGBTQ+. In another sign of systematic racism, Black and Latinx communities are also the most hurt by COVID-19, but because it can also affect and easily infect white people—including the science-mocking president—it gets all of the money that it deserves.

In recent years, many in the dance community have been asking how to reconcile this ballet that they love with the stereotypes that it has helped to perpetuate. They wonder if it is possible to transform “The Nutcracker” to remove its racial stereotypes and aristocratic origins while holding onto its traditional charms.

This latest data supports the understanding that if HIV is to be eliminated, Black women and marginalized people must be empowered against infection. New data indicate that the best way to do that is to provide people with numerous harm-reduction options.

For Long-Acting PrEP to be Effective, It Might Be Best for Patients to Inject Themselves

Cabotegravir PrEP has not yet been approved for use in the U.S. by the Food and Drug Administration. While waiting for that approval, it is important for community health organizations and care providers to think about what it will take to administer the drug effectively to women who are interested in using it.

In writing about his accomplishments, many have neglected to highlight his incredible record as a champion of people living with HIV—or AIDS, as it was known during his tenure. Indeed, Dinkins was ahead of his time in addressing the virus and establishing programs that have come to be recognized as essential to harm reduction and providing care.

Write It Out! Celebrates 12 Playwrights Who Are Living With HIV on World AIDS Day

After 10 weeks of online virtual sessions, the inaugural cohort of Write It Out! is premiering its work on Dec. 1, World AIDS Day. These online, staged readings are being produced by the National Queer Theater—which partnered with Love in creating the program—and will feature professional actors who worked in close collaboration with each writer to bring their vision to life.

Leading up to the election on Nov. 3, Nina Martinez was working at the ground level to ensure that people living with HIV in Georgia were registered to vote and enrolled in marketplace health insurance under the Affordable Care Act.

In this episode Jose and Juan Michael speak with Donja R. Love, the award-winning Afro-Queer playwright about why authentic representation is essential.

Bold Type: How I Learned to Reject My Online Abusers

What began as a deluge of forty messages a day, from across numerous social media platforms and emails, soon slowed down to between ten and twenty. Unfortunately, these hanger-ons seemed obsessed with scaring or taunting me into responding in ways that only caused me harm.

With ‘Being Seen’ Podcast, Black Queer Men Tell Their Own Stories

With Being Seen, a new podcast—produced by the New York City–based creative studio, Harley & Co.—Darnell Moore bursts through homophobic, anti-Black oppression by creating “a virtual space that centers and celebrates Black, queer, trans, bi, non-binary, gay men; where we are not the backdrop to a conversation but at the center of it.”

In a first for a major television series of this sort, Luke Cage exuded diversity on camera and behind the scenes, as well. It did so by following Coker’s vision of hiring not only the best people for the job, but those with the lived experience to give the work authenticity.

This desire to defeat the COVID-19 epidemic is admirable, especially after so many people have died. It leaves one wondering how many lives would have been saved if Reagan had invested the same energy into AIDS, or if this administration, in pursuing its plan to end the virus by 2030, would make the same investment.

It may be a small step over the mountain of racism, but through grassroots and political initiatives, together we are all building a coalition to reclaim our birthright. Instead of “40 acres and a mule”, we Black people deserve access to every golden valley, from sea to shining sea.

It’s National Coming Out Day. Tell Yourself Who You Are.

This Sunday, in whatever way that you feel comfortable doing so, please go to a mirror and tell yourself who you are. Out loud. Even if it is only in a whisper, say the words, ‘I am,’ and then let your truth speak for itself.

How to De-Escalate Conflict in HIV Care and Community Health

For AIDS service organizations and community health centers, delivering care to people living with HIV and AIDS (PLWHA) requires clear communication and use of effective conflict-management strategies. That was the key takeaway from SYNChronicity 2020’s Sept. 10 presentation on de-escalation.

Processing an HIV Diagnosis Mirrors the Five Stages of Grief

Once again, people are slamming Cardi B on social media. Normally celebrated for her incisive knack for spilling the tea and telling it like it is all over her Instagram stories, this time around, the former Love & Hip-Hop star and Grammy-winning rapper has run afoul of the morality police, who have decided that she’s gone too far with spreading her WAP on top of the Billboard charts and daring to divorce her husband of three years, the rapper Offset.

30 YEARS AGO, CAPTAIN PLANET AND THE PLANETEERS IMAGINED A KINDER WORLD. WHAT CAN WE DO BETTER NOW?

Captain Planet and the Planeteers is celebrating its 30th anniversary this month, and even though the show looks like a gentle relic now, back then it was hailed for its commitment to educating children about the role that they could play in preserving and protecting the world